The Sage 300 Web SDK (SDK) is a collection of wizards, utilities, samples and documentation for developing Web Screens for the Sage 300 Application.

The SDK is available at https://github.com/SageNADev/Sage300-SDK.

As described in a previous blog and in the README file in the root of the repository, the branches contain the different versions of the SDK.

Contains the in-progress version of the SDK (2019).

In the docs\upgrades folder is a document for the upgrade procedures for moving partner source from Sage 300 2018.1 to Sage 300 2018.2. This folder also contains documents for explaining the upgrade steps specific to the Bundle Registration class and the Behaviour JavaScript file.

In the docs\development and docs\wizards folders you will find documents pertaining the wizards and tutorials which have been updated to reflect changes regarding to a …Behaviour JavaScript change.

The docs\presentations folder has been updated and includes a PowerPoint presentation for what’s new in the SDK for 2018.2.

The samples\customization folder has a new folder called Sample4_AR_Invoice_Entry_Customization containing a new sample and document.

All wizard manifests have been revised to include Visual Studio 2017 as a target IDE.

This means that when registering the wizards, the registration process will prompt you to select the Visual Studio version for the wizard being registered.

The previous samples have been updated with new global references and now reference the common AccpacDotNetVersion.props file in the settings folder.

A new sample has been added to the Web SDK. The AR Invoice Entry Customization Sample illustrates the following:

See the Defects Corrected section for information on the resolved defects

This is a new utility for 2018.2 which facilitates the building of template files used by the wizards. This is only relevant if the Sage 300 UI Wizard package is compiled in Visual Studio.

This utility is a post-build utility used by various wizards and the generated partner solution to pre-compile Razor Views and deploy assets to a local Sage 300 installation for developer testing.

The new settings folder in the Web SDK now contains a common AccpacDotNetVersion.props file that is used by the wizard and sample source instead of every solution having its own version.

A generated solution will still have its own version as it should no longer reference the Web SDK’s version.

The Upgrade Wizard includes a step that indicates that this change is optional and MUST be done manually in existing partner Behaviour JavaScript files. Because manual changes may have been made to this routine since it was generated by the Code Generation Wizard, we are unable to automatically make this change via the Upgrade Wizard.

Sage 300 2018.2 has removed the hardcoded images and replaced them with default images that maybe overridden by the partner who wishes to supply their own images.

The {module}MenuDetails.xml has been enhanced with two new elements that are supplied via the Sage 300 UI Wizard. The elements are: IconName and MenuBackGroundImage: 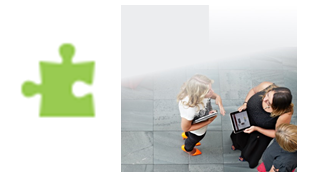 The MergeISVProject utility is the post-build event utility that deploys your solution to the developer’s local installation of Sage 300 when your solution is in Release Mode. It copies these files (menuIcon.png and MenuBackGroundImage.jpg) from your web project’s Content\Images\Nav folder to the External\Content\Images\Nav\$companynamespace$ folder of your local Sage 300 installation.

Therefore, in your web project’s Content\Images\Nav folder is where your will place your partner images (named menuIcon.png and menuBackGroudImage.jpg) and overwrite the existing files.

Documentation updates, the ability to run the wizards in Visual Studio 2017, a new AR Invoice Entry Customization sample, minification of JavaScript files, enhanced deployment folders, and the ability to specify partner images for the vertical menus are all in the Web SDK.

We continue to look forward to addressing the needs and expectations of the Sage partner community and ecosystem.

As a standard disclaimer, any topic in this article is subject to review and doesn’t represent a commitment as to when it will be available.